This web site uses cookies to deliver its users personalized dynamic content. You are hereby informed that cookies are necessary for the web site's functioning and that by continuing to use this web sites, cookies will be used in cooperation with your Web browser.
I agree

We are proud of the successful organization of another video game development workshop (June 4th - June 7th, 2014), which was jointly organized by Animafest Zagreb, Academy of Fine Arts, and Faculty of Electrical Engineering and Computing (FER) of University of Zagreb.

The workshop was attended by 15 students of University of Zagreb, who formed 4 small teams, each with a task to create their own video game. The workshop was opened by Mr. Lovro Nola (game design Machina) who gave an insight into Croatian game development industry. The speech was then followed by team gathering, brainstorming and game development. Third day of workshop welcomed visitors, academic staff from FER and visitors from start-up company divIT, who watched game demostrations.

We would like to thank FER Faculty management team for providing us facilities to host the workshop at FER.

In conjuction with the Animafest Pro program of the 23rd World Festival of Animated Film - Animafest Zagreb 2013 - HOTLab members organized a video game development workshop (June 5th - June 8th, 2013). Participants of the workshop were students of the University of Zagreb - mainly students of the Faculty of Electrical Engineering and Computing (FER) and students of the Academy of Fine Arts (ALU).

The participants were grouped in small teams of designers and programmers. During these 4 days each team had developed its own computer game. The results can be viewed here.

On this occasion, the Dean of Faculty of Electrical Engineering prof. Nedjeljko Peric gave a presentation about the Faculty and future innovation center.

Prime Minister Milanovic and Minister Grcic toured the exhibits and demonstrations in the gallery of the Faculty, where they were shown the presentations that have been incurred as a result of excellent research and innovation teams on the FER. HOTLab research group was part of this session. HOTLab demonstrated the face tracking technology and the eye wear try on application. 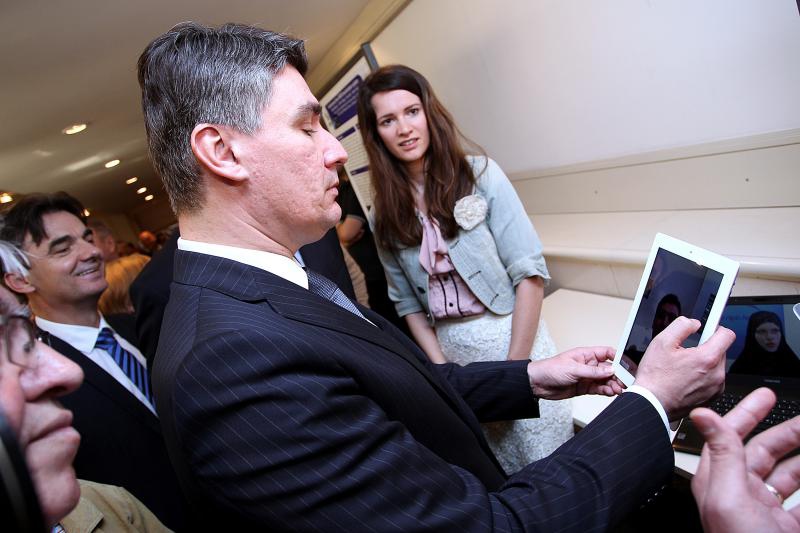 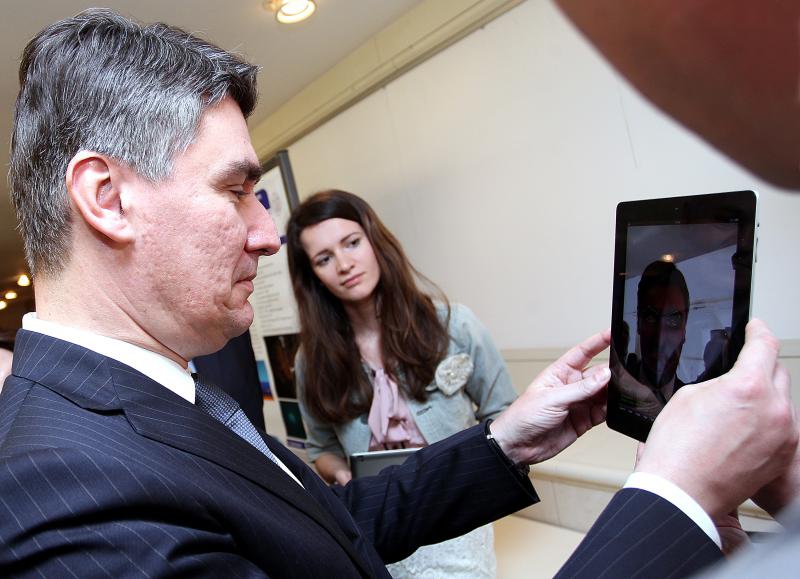 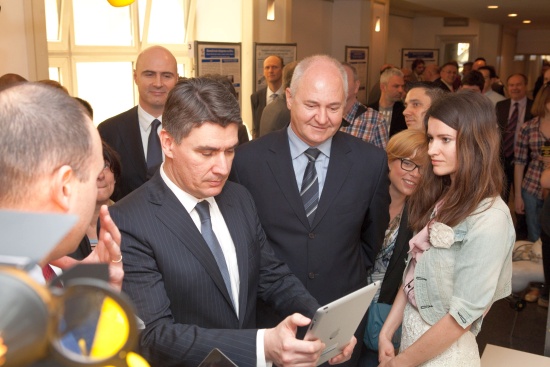